Fun fact: Ms. Coston is sorority sisters with the Vice President of the United States, Kamala Harris! Both VP Harris & Ms. Coston are members of Alpha Kappa Alpha Sorority, Incorporated (AKA). Founded in the year 1908, AKA is the first sorority founded for African American women. Other notable members of AKA include Maya Angelou, Rosa Parks, Ella Fitzgerald, Ava Duvernay, and Coretta Scott King, wife of Dr. Martin Luther King, Jr..

Meet Mr. Lucas Mogensen. Lucas started working in Newton as an Inclusion Facilitator in 2002 and has been at Bigelow as an Assistant Principal since 2012. What he enjoys most about his role is developing close and trusting relationships with his students and faculty. Personally, Mr. Mogensen enjoys skiing, tennis, basketball, biking, and returning to his home state of Vermont whenever possible. However, most of his time outside of work is “family” time that is spent with his three children and wife, who are constantly on the move from one activity to the next.

Courtney Rau Rogers has been Assistant Principal for Student Services at Bigelow Middle School since 2008. She is most proud of the work she’s done at Bigelow around mindfulness, student interventions, and good procedures for helping families navigate the sometimes confusing rules of special education services. When she’s not at Bigelow, you can find her at the beach, Disneyworld, or a fun restaurant. 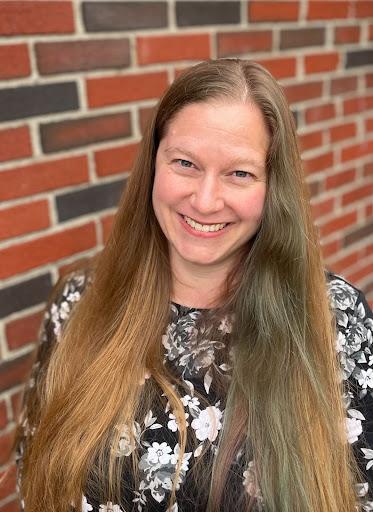 Jordanna L'Esperance has been part of the Newton Public School family since 2001. "Dr. J" has happily been Bigelow's school psychologist since 2011, and she is a licensed school and clinical psychologist and health service provider in the state of Massachusetts.

Dr. J grew up in Boston and has lived in Colorado, Washington, D.C., and Israel. She eventually returned home to the Boston area, settling in Brookline with her family. She began as a school psychologist in Newton in 2008, after working in outpatient, residential, and hospital settings outside of Newton. Dr. J's favorite part of her role at Bigelow is creating connections with students, families, and colleagues and finding shared humor in the daily activities at school and in the community. When she is not at Bigelow, Dr. J is usually with her family, cooking, reading, watching movies, and finding new activities and places to explore.